Networking can be tricky.

If you have not come from a traditional IT background, the VPC part of the AWS Certification training is tricky. There is talk of CIDR blocks, subnets, and spaghetti mess diagrams.

Which got me thinking. When I moved to London, the Underground system seemed really overwhelming. But it didn't take too long to figure out. By the end of my four years, I could tell you which door to get on the train so you could avoid the crowds and get out quickly at the other end. 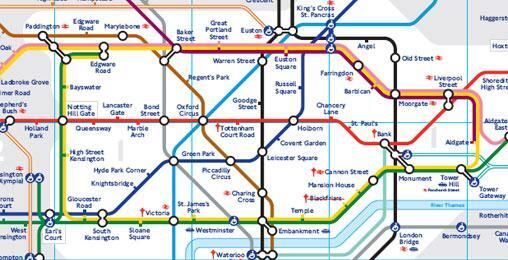 Here is the example network diagram from the AWS documentation. This post hopes to break down all the components in this diagram and draw some parallels from the London Underground network.

Not the spaghetti mess I once thought it was

To put it simply, a VPC is a network within your AWS account that holds your AWS services. Think of it as your own data centre. You decide how big it needs to be by assigning a range of IP addresses. This is called a CIDR block (Classless Inter-Domain Routing) and it allows us to track and restrict the sort of traffic and users access our instances.

Once you have created a VPC you can start adding Subnets in each Availability Zone. Think of this like a Station within a Fare Zone. Each Station or Subnet is isolated from the failures of others around it.

A Subnet is like a Station. It can be public or private. Just like on the London Underground network where there are public stations with public access. There are abandoned stations, TFL staff training stations, and post stations. The kind of private stations the public can’t access on a normal day.

Each Subnet has a Route Table attached. This creates a set of rules to allow traffic to flow within a set of guidelines. This means that traffic stays inside the Subnet until a route is created to allow it to travel to the next stop on the network.

Network Access Control Lists (NACL) allow us to limit traffic to safeguard against mistakes and accidents. Using NACLs, like the signals on the London underground, means we can control traffic flow using a set of rules.

A VPC peering connection allows traffic to be routed between two VPCs as if they were within the same network.

This isn't a perfect analogy but by giving the concepts some context I'm one step closer to getting my head around how a VPC works. It's also given me an excuse to revisit all the fun facts of the London Underground which is always good.

How do you put all the components together when explaining VPC concepts to beginners? 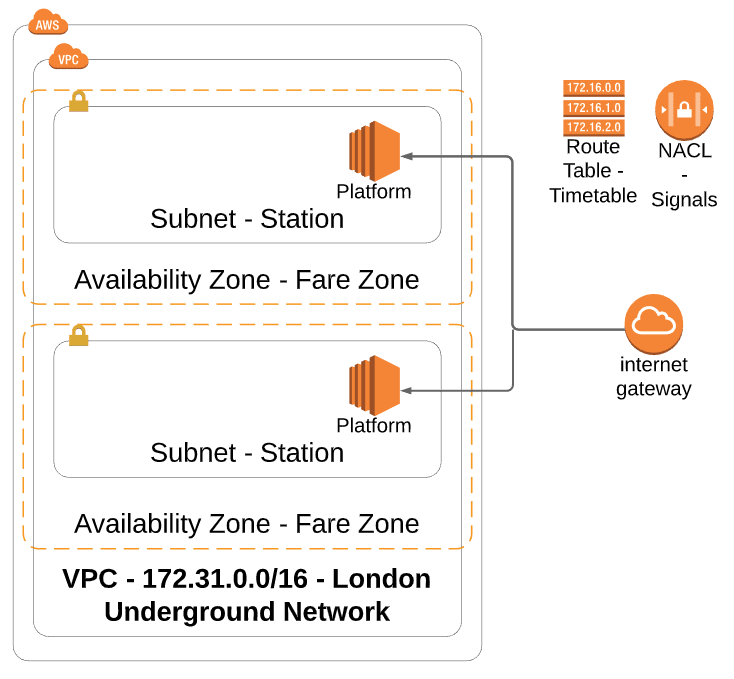 8 resources to learn AWS for all learning levels

What's the best AWS VPC CIDR and subnets calculation for a new VPC?

Once suspended, helenanders26 will not be able to comment or publish posts until their suspension is removed.

Once unsuspended, helenanders26 will be able to comment and publish posts again.

Once unpublished, all posts by helenanders26 will become hidden and only accessible to themselves.

If helenanders26 is not suspended, they can still re-publish their posts from their dashboard.

Once unpublished, this post will become invisible to the public and only accessible to Helen Anderson.

Thanks for keeping AWS Newbie Tips Community 💻 safe. Here is what you can do to flag helenanders26:

Unflagging helenanders26 will restore default visibility to their posts.